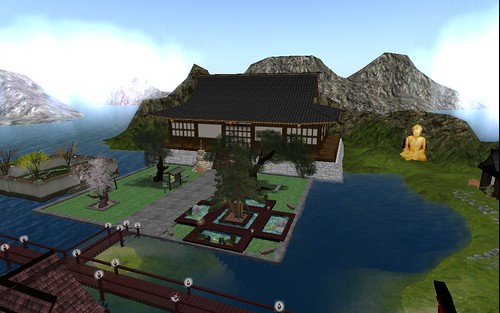 The Five Mountain Sangha has been running a distance-based non-denominational Buddhist seminary for a few years now, the Five Mountain Buddhist Seminary. This was originally created in order to educate our own priests and sangha members (I am an ordained priest within the Five Mountain Order). This was necessary because we do not have a single primary physical center of activity. Our presiding teacher, Rev. Paul Dōch’ŏng Lynch, resides in Southern California. Another of our senior priests (not me) resides in the Bay Area. We have another priest and center in Cincinnati, Ohio. In addition to this, we have members in New England and Texas as well. To accommodate such a physically separated group, we have set up retreats where we gather but also have embraced the use of Internet technologies, such as Skype, Second Life, and e-mail lists for information sharing, training, and student/teacher interaction.

Once we established the Five Mountain Buddhist Seminary for our own students, we realized that it might very well have utility for others so we opened the program up to people who are not members of our own sangha. While our orientation is primarily one focusing on Zen Buddhism, we accept students that embrace any Mahayana school of practice.

Over the last year or more, we have been experimenting with the use of Second Life as an adjunct technology for the distributed members of the school. I’ve blogged about <a href=”/2009/11/16/how-to-miss-the-point-of-sl-and-the-dharma/>this before</a>. Recently, we decided to make it more central to the school in our ongoing efforts to make improvements to our program. We had previously been using space gratefully donated to us by <a href=”http://kannonji.blogspot.com/>Kannonji</a> in order to host talks and student/teacher interaction. In the last couple of weeks, we’ve set up our own sim in Second Life. What this means in practical terms is that we are hosting our own space in Second Life instead of borrowing space from another group. This gives us a lot more freedom in controlling how the space is set up, the range of activities we can support, and the complexity of the space and the tools. We aren’t borrowing resources from others now and can prioritize things as we wish. 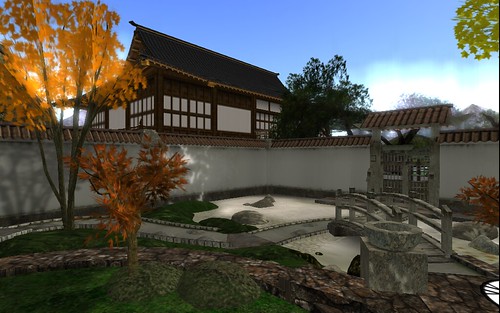 The outcome of this is that we have a much larger space to host seminary activities. Starting this October, we will be holding incoming student orientation within the new sim in Second Life and using it for ongoing group meetings between students and faculty. Since Second Life supports group voice discussions, we can host lectures and classes, do question and answer meetings, and student teacher interviews. Those of us who are faculty in the seminary program will also begin to hold regular office hours in the new sim.

I’ve posted a few images of the sim here and put up a photo set on flickr as well. I encourage anyone interested in visiting us in Second Life to feel free to come check us out. 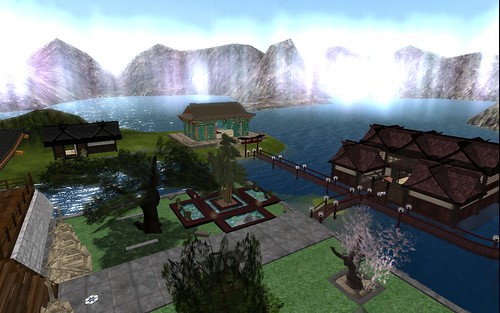