Just Back from visiting Green Gulch 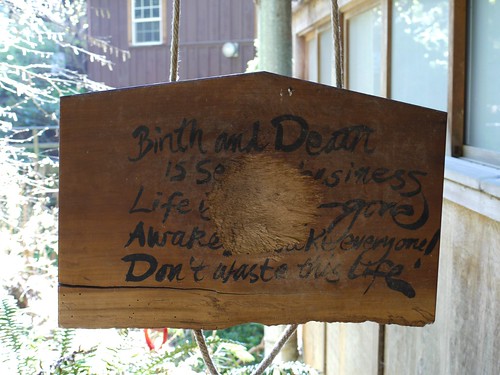 My wife and I took a short trip to Green Gulch this week (also known as Green Dragon Temple). This is the Buddhist farm, monastery, and retreat center operated by the San Francisco Zen Center since the early 1970s. It’s in the Marin headlands just across the Golden Gate bridge from San Francisco.

We’ve been there before on a few occasions. Once with R’s parents and for a wedding on another occasion. (As an aside, I’m still amused that my father-in-law briefly studied with Suzuki Roshi in the early 1960s, lost track of him, and had no knowledge of how famous he and his Zen group later became.) We’ve been wanting to go out for a visit again. None of the visits have been in the context of specific retreats but Green Gulch maintains a guest house and it is quite easy to go and stay for a night or two. It gives one ample time to wander the groups, eat meals with the residents and staff, and do some sitting. There are set times for practice sessions and the zendo is open for sitting whenever people want the rest of the time. 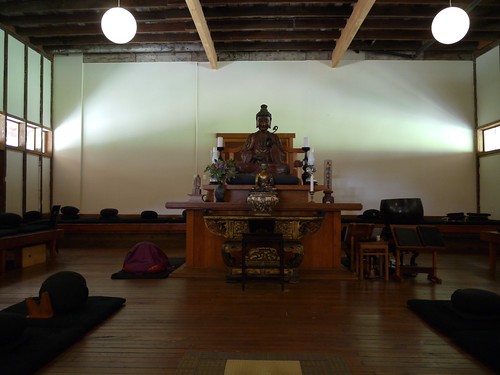 We went out yesterday morning, spent some time wandering, including following the path to Muir Beach, and then sat in the evening session before eating with the residents. The rest of the evening was spent in quiet reading. We had planned to go to the morning sessions but my sleep problems kicked in a bit (I have a diagnosed sleeping disorder) and I wound up staying in bed fairly late trying to get some actual rest so we missed the morning sitting.

The only downside compared to previous visits was that we had come in late Spring and Summer previously and we had actual snow warnings for the Bay Area this weekend. Thankfully, the snow didn’t really appear but it was pretty cold on site and Zen monasteries are not exactly big on central heating. It wound up being quite chilly overall (which actually seems to be a constant in many Buddhist places I spend time within).

Still, it was a nice and quiet way to spend a chunk of the weekend. I put a photo set up on Flickr of the photos I took over the last day. 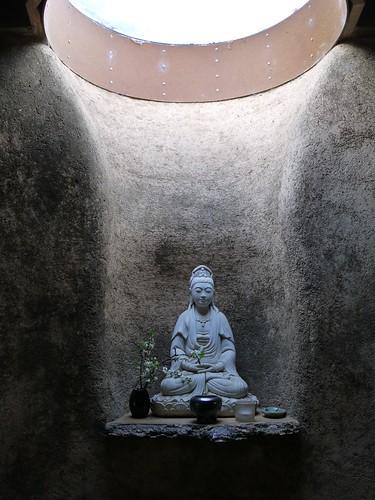