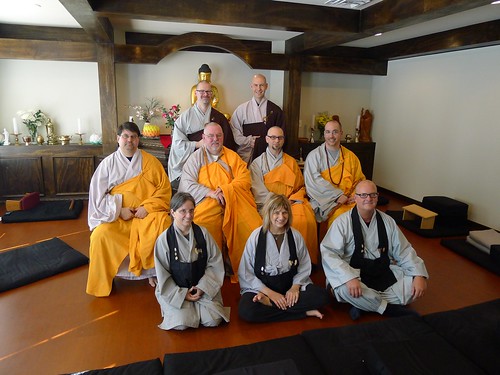 I just returned yesterday evening from the Five Mountain Sangha 2001 Spring Retreat. The FMS is the organization of Korean Zen within which I am a priest and practitioner. We are a geographically dispersed group, with members on both coasts and several states in between. In order to facilitate together action and the bonds of the order (and our practice), we have at least one short retreat a year that brings as many people as possible together. This year, we met at the Zen Center of Las Vegas, run by Rev. Thomas Pastor, JDPSN of the Kwan Um School of Zen. Rev. Pastor is an old and good friend of Rev. Paul Dochong Lynch, our guiding teacher, and has gone out of his way to be welcoming to us and allowing us to make use of his center. Because Las Vegas is, well, Las Vegas, it is actually very easy for people to get there from all over the country.

Many of us at the retreat have been quite active in the Five Mountain Seminary, which is used as part of our training for priests within the Five Mountain Sangha (though not everyone in the school is part of our sangha or training to be a priest). I received my diploma as the first graduate of the school at this retreat (w00t!). I also got a chance to see people from classes that I have been teaching within it. This helps improve our ability to connect and communicate within the school since we use Moodle as the means of running a distance-based program, supplemented with phone calls and/or skype audio and video.

For the retreat, a few of us arrived on Wednesday night, with the rest on Thursday, to have some informal time together before the start of the retreat around 5:30 AM on Thursday morning. We had teachers from California and Ohio working with Rev. Lynch in guiding students in kong-an (koan) practice, as well as meditation work. For those unfamiliar with this sort of retreat, we normally have sessions of sitting meditation followed by short sessions of walking meditation. While people are engaged in these practices, we have interviews (one by one) with a teacher or teachers to work on kong-ans with which we are already working or assigned in particular during the retreat. 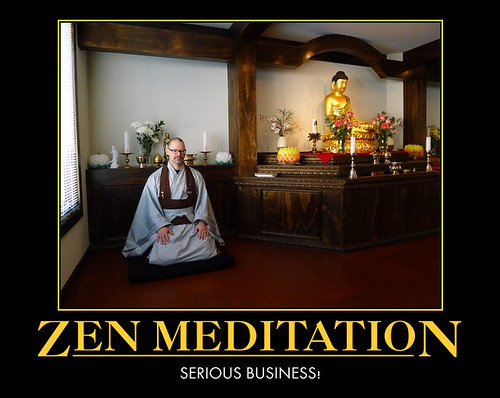 In between the sessions, we have a work period, meals, Dharma talks, or similar activities until we go to bed around 10:00 PM in order to get up early the next day and do it again.

Because this was one of our few opportunities to get everyone together in the same room, we also tend to do precepts and ordination at the same time. We ordained several people at this retreat (congratulations!), I took the 74 Bodhisattva Precepts (as I was already a priest), and another priest was confirmed as a teacher.

We also had a chance on Sunday to practice with some of Rev. Pastor’s students, who came to sit with us for the morning (the time of their normal Sunday service). This also gave all of us a chance to do kong-an interviews with Rev. Pastor, which is always an interesting addition, especially after a couple of days with the other teachers and their poking and prodding!

All in all, it was an excellent chance to see people that I speak to quite often virtually over skype, on e-mail lists, or in online classes, but so rarely see in person.

I have a lot of photos up in my flickr set for the retreat for those interested. I was taking photos during much of the ordination ceremonies. 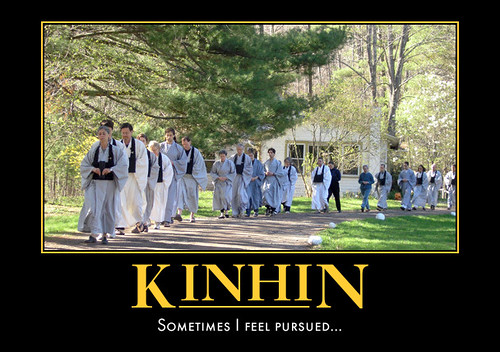