The Need for a Public Stance on Ethics in Zen 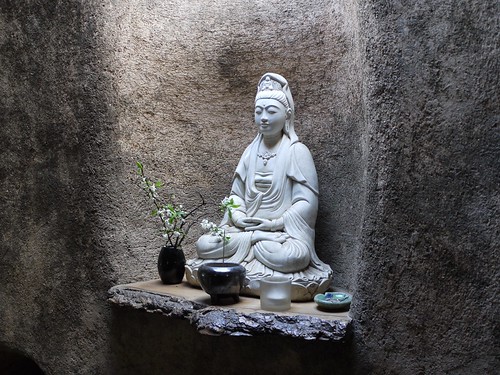 Within the Five Mountain Sangha and some friends, there has been a brief discussion in the last day (and a much longer one before that during retreats and otherwise) on the various sex scandals within the Zen community during the last year and some examples in articles circulated with the initial e-mail. I’d be very unsurprised if more of these skeletons came out of the closet as I know of at least a couple of more incidents (all a decade past or more) and I’m not even terribly well connected. When asked for my thoughts on the particulars of one and the situation in general, I wrote a response to my peers and seniors. I thought it might be worth sharing here. Below is my verbatim post of what I sent to the others. (Rev. Jiun, whom I mention, is my main teacher that I work with weekly.)

I had seen the substance of much of this, though not all of the details, before. A lot of this has been circulating between people during the last few months, especially the last few weeks.

It is difficult to know what to say beyond what has been said about the same problem with other teachers. The overall problem is real. From what I’ve heard, it is more real than many many people know because most of this kind of sexual relations with teachers is never reported. People quietly disappear from sanghas without their companions there knowing why someone has left. People don’t want to believe it is happening or think that a particular instance isn’t their business or is ok. As the letters mention in the article, the relationships are often consensual, though the power dynamic is very real.

The only thing that I know that can be done is for individuals to take a strong personal stance on it, to speak on this stance when the situation warrants it (or in general, at this point given the back to back scandals), and for organizations to adopt a pretty uncompromising ethical code when it comes to the relationships between teachers and students. Rev. Jiun and I have spoken about this a bit during our regular meetings. I’ve admired the stance that James Ford has taken with the recent adoption of an ethical code in the Boundless Way.

Whatever we do, we need to not enable this kind of incorrect relationship and behavior. Sure, people are adults and people will even fall in love or feel the heat of passion. At that point, there are decisions to be made before actions are taken and we have a choice as to what we do. Rev. Jiun related a story on at least one occasion when, as a monk, he asked a Tibetan lama about the difficulties in keeping vows. As I recall, the teacher said it was actually very easy. We make a decision and we stick to it. We all know what is right and wrong, barring aberrations, in our relationships. We know when we are acting badly or inappropriately, both as people or as representatives of the Dharma. I think the major problem in the Zen community isn’t that these things have happened, because they always happen, regardless of community or role. The major problem is that people have swept it out of sight, tolerated it, looked the other way, and pretended that they can ignore problems or that a situation is special to the point where it has compromised the basic ethics of many many zen people, teachers, and organizations, leaving a visible taint that damages the relationship of people to the Dharma and to all teachers and institutions.

I think a public stance, including a public code of ethics is called for, and we need to be seen to follow it, without exception and without hiding things from the public eye.