New Blog Software and Changes for the Site 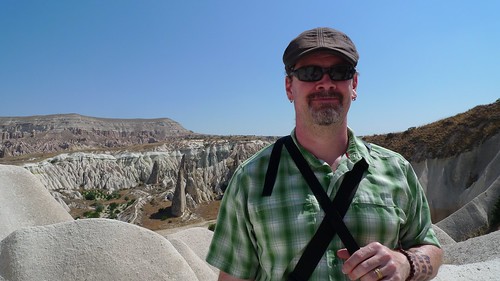 Inspired by “Blogging like a Hacker” and a number of my friends blogging through developer tools, I’ve decided to switch my blog off of Wordpress and move to Jekyll. As Tom says in his post above:

Jekyll is a simple, blog aware, static site generator. It takes a template directory (representing the raw form of a website), runs it through Textile and Liquid converters, and spits out a complete, static website suitable for serving with Apache or your favorite web server.

The bonus of all of this for me is that rather than having thousands of blog posts living in a SQL server somewhere, they’re actually each a separate file that I’ve backed up to GitHub, making them immediately accessible, searchable, etc. for me. I can also edit my posts simply in a text editor, save the file into my git repository, and build the site easily. If I really wanted to, I could host the site on github and, actually, you’ll see a copy of it running on albill.github.com, where github builds a copy whenever I check anything in.

I’ve switched the comment system over to Disqus, which should preserve the existing comments from the last five or so years, assuming that they imported correctly. Otherwise, it is a new world for everyone.

I’m also using this as an opportunity to refresh my blog a bit and will be doing more in the coming weeks. I had blog posts going back nine and a half years but a lot of them, especially early ones, are more the kind of things people do on Facebook and Twitter these days. They were super brief and chatty updates from back when my blog was originally on Livejournal and I was talking to a fairly small community of friends. I wanted to remove these older posts so I have taken this opportunity to remove and archive everything from before 2006. I figure five (almost six) years is enough.

I also began to post a lot less starting in late 2008, when I had a fairly traumatic and life-changing multi-month illness following a trip overseas. Since that time, especially in the first year or two after, my energy was much lower. I’d developed a sleep disorder and wasn’t sleeping well at all. As a result of trying to cope with this, I no longer used the computer as much very late at night, which is actually when I used to write many of my posts. I went from posting nearly daily (sometimes more and sometimes less) to posting a few times a month, if that.

As part of this shift, I plan to change this. The eventual goal is to try for the 1,000 words a day that many writers speak about, including well known bloggers. In the short term, I’m going to try for 1,000 words three times a week. We’ll see if I can manage to do this but it will be an interesting challenge.

The blog will be under a bit of flux as I fix issues that I notice, especially the formatting of old posts, and try to add some more capabilities to the site.