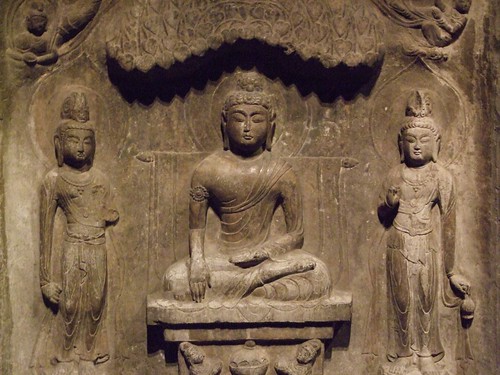 I’ve recently been prompted to get involved with putting together a retreat and an “unorganization,” called “Open Sangha.” I blogged about doing a small, ground up, retreat locally in the East Bay a month ago. Normally, I travel to Nevada or Ohio to do retreats because I’m part of a distributed sangha associated with the Five Mountain Order. We have students in our seminary all over the country and we get together at least once a year for a week long retreat. As a side effect of this, I don’t really have a local sangha with which to meet or do retreats.

I realized that it would be entirely possible to just casually self-organize a small retreat. I do things like this all the time for my hackerspace. Why not do it within Buddhism? Out of this, grew the November retreat that is happening for two days next month, on the 19th and 20th. Once I started the ball moving on that, I realized that I shouldn’t do this just once. These things often take a while to really gather momentum which means I should consider making this a repeated event. At this point, I’m thinking of doing an open Buddhist retreat for two days (a weekend) every quarter and trying to organize a day-long sit once a month. Doing something weekly requires a much bigger commitment of time, energy, money, and space and, locally, the East Bay Healing Collective already has a “Saturday Night Sangha” that meets as an open group on Saturday evenings. They bring in anyone interested in doing a sitting session, have a short discussion following it, and then often go to dinner.

To facilitate the idea of these open retreats, I registered “opensangha.org” (it goes with openbuddha here, among other things) and set up bayarea.opensangha.org off of it. I also set up an @opensangha twitter account and a Google Groups e-mail list/web forum. The events, themselves, I am organizing using meetup.com, which has worked out very well for my hackerspace in terms of bringing people in. When Meetup did its once a week e-mailing of “groups that you might be interested in” to people, I had over 25 people sign up for the group to get notified for events, which I find encouraging. The Google Group has eight members now (including me and my wife).

I also found a site out past Orinda (on the other side of the hills from Berkeley and Oakland) that is being set up as a Dharma Center of sorts by a small trio. They’re living out there on two acres in a place that has a large room that can hold more than 20 people purposefully wanting to act as a organizing point and location for the Buddhist community. Nichole, who is one of the three, is actively interested in Open Sangha and we met the other day to discuss the upcoming retreat and the ideas around the (un)group. I’m calling it an “unorganization” and listing myself as a “facilitator” because I don’t see this as primarily being a vehicle for me to teach or to start an organization for myself. This is meant to be an open, ground up, ecumenical pan-Buddhist group of people where the character and activities of the group are really driven by the people involved and not an agenda assigned to any one tradition of practice or form of Buddhism. This is something that I do think is often missing as most Buddhist organizations are highly centered on one form of Buddhist teaching or practice and are much less interested in bringing together people, regardless of Buddhist tradition, into a group to talk, share, and practice together. I think that this is something needed and facilitating this, through retreats and what-not, would be very benficial.

If you’re in the Bay Area and interested or even just want to know what’s going on, I highly encourage you to go to the Open Sangha site, follow us on twitter, or to join the Google Group.