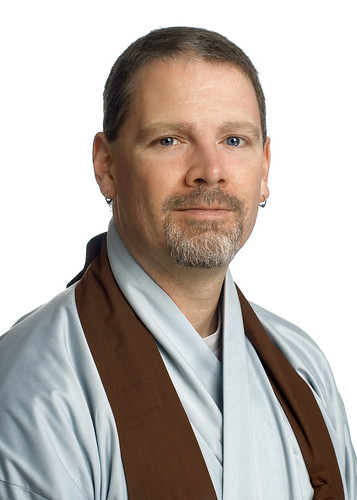 It is now January 1st, 2012 so I suppose it is time for year end (beginning?) review and announcements.

For the most part, this has not been a year of changes. I’ve been at Mozilla for four and a half years, working with the seminary for the past few years (first as a student and now as an instructor), been in the same house, married to the same wonderful woman, and running the same hackerspace.

This year I turned 40, which is considered to be entering mid-life by some. It really doesn’t feel much different than 30 except I’m, perhaps, wiser or at least more aware of what an idiot I can be. I think that is all we can really hope for with “maturity” anyway. I do find it true that our conception of ourselves seems to freeze sometime between 25 and 30. It isn’t that we aren’t constantly changing as people still (nothing is constant except change, after all) but the shorthand we use to view ourselves is still that person we thought we were when we were that age. It could be different with others but, based on talking to people and what people have written in books and whatnot about themselves, I think this is a common feature. So, I’m old enough to know better, not that old still, but have to remind myself I’m not quite that loud-mouth I was when I got divorced in my late 20’s.

This is where I will announce, beyond Twitter and Facebook, that my work is changing. I’ve been doing Quality Assurance (“Software Testing”) since 1996 with the exception of a six month stint with a generic “Project Manager” title right before I left Microsoft in 2006. For most of the last four and a half years, I’ve run the QA side of security updates for Mozilla Firefox. This has meant triaging incoming bugs with devs and others, verifying fixes, and generally making sure the updates don’t destroy your computer or the usability of Firefox. Right now, I’m officially in transition to leave QA and to join Mozilla’s Security Team as a program manager. My duties at this point appear to likely focus on communications with various parties, such as bug reporters, looking at incoming issues, and helping out other Security Team members on wrangling projects. This is a pretty natural transition given that I’ve been working with much of the team for years and I’m likely reporting to one of my triaging partners. Obviously, lifewise, this is a big change as I’ll be leaving QA after 15 years for a new career shift into program and project management. Given the intersection of my work at Mozilla and helping found and run a hackerspace, this feels very “right” to me and organic as an evolution of what I’m doing and the space in which I wish to work.

Speaking of the hackerspace, Ace Monster Toys continues to do well. We’re up to about 30 paying members (+/-2) with a few more coming to events and meetings that are not members. We’re in the process of finishing our federal nonprofit paperwork in the next few weeks (we’re a California nonprofit right now). We had tables at the main Maker Faire and the local East Bay Mini Maker Faire this year and got a lot of attention at these. We were on the Make Live Hackerspace Roadshow with a video we made giving a tour of the space. The goals for this year are to have more regular workshops and classes for the public and to generally grow the membership.

Within the Buddhist side of things, I’ve been fairly busy. The Five Mountain Buddhist Seminary went through a name change within the last two months, becoming the Prajna Institute for Buddhist Studies, to help differentiate ourselves as a non-denominational Mahayana Buddhist seminary from our Five Mountain Zen lineage. We continue to pull in a few new students on a regular basis and we’re examining how to increase our offerings and improve what we already have. I continue to teach a few classes every quarter, working with something like eight students on average.

My primary Buddhist teacher and the head of the institute, Rev. Jiun Foster, received Inga (Inka) this last week, recognizing his accomplishments and realization as a Zen teacher. As part of this, his Dharma name was changed to “Myo Gak” (or “Myogak”) by his teacher, Rev. Paul Yuanzhi Lynch. Not directly related to this but associated with ongoing developments in our Zen work, I’ve received a new Dharma name as well, which is “Ji Gong” (Jigong), written in Chinese as “智空,” and meaning “Wisdom of Emptiness” (or is it “Empty of Wisdom” as the joke goes). This is because I’ve been appointed Dogam or Vice-Abbot of Great Cloud Zen Society, of which more details will eventually be forthcoming. This is based off of Rev. Myogak’s work in Cincinnati over the last five or so years and will be an evolution of our continuing Zen work.

I’ve also begun to hold open Buddhist retreats in the Bay Area under the moniker of “Open Sangha.” I held a two day retreat in November and have begun scheduling monthly one day retreats starting this month. As I say on the site, “The Bay Area Open Sangha exists to allow people to practice and study the Buddhadharma, the teachings of the Buddha, without concern for sectarianism or the historical lines between traditions of Buddhism.” The retreats are a place for people to practice meditation, usually sitting and walking forms, without being tied to a specific school or tradition of practice. I realized that there are already quite a few Zen, Vipassana, and other groups in the Bay Area (and elsewhere) but few that allow Buddhists of all traditions of practice to come together. I feel that this is a useful space in which to work as I really question the value of too much sectarianism within Buddhism, though I do agree with the value of learning a coherent tradition of practice. 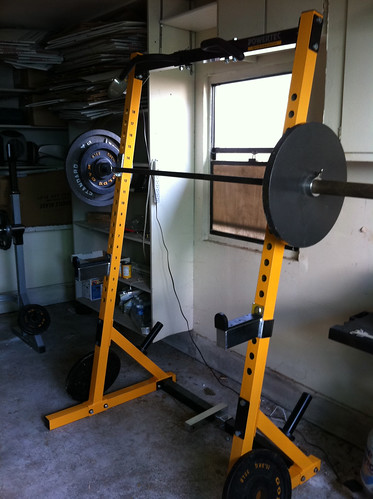 On a personal front at home, my wife, Rebecca, and I continue to do well. We’ve both embarked on a variety of fitness focused routines during the last year (and some). Part of reaching 40, as a fellow priest pointed out, is realizing that you can wake up in the morning having hurt yourself in bed without doing more than sleeping. Working a rather sedentary job (technology) combined with sedentary habits like reading, writing, and meditation, it is easy to just begin (continue?) to physically fall apart. I seem to have made a successful transition in the last year and a half to being a bit of a jock. I work out with a trainer once a week, do at least two cardio routines every week, and lift weights four or more days a week. Basically, I now work out almost every day compared to never working out or getting any exercise as recently as two or three years ago. A year ago, my trainer, who is a competition Olympic style weightlifter, taught my how to lift weights, which is something I’d never learned as a young geek who avoided the jocks at the gym. My garage is now filled with multiple lifting racks, two olympic barbells, and about 500 pounds of free weights (plus some dumbbells and a range of kettlebells up to 53 pounds). It is amazing the amount of difference working our daily has made in my energy levels and my outlook on life. I feel strange now if I don’t work out on a given day for at least an hour and feel a sense of accomplishment in my gradually increasing ability to bench press, deadlift, or otherwise lift heavy things. On the other hand, I’ve hurt myself pretty well a couple of times being ambitious but, given my age and habits, I really do need to work to be healthy.

Additionally, in October I had LASIK surgery on my eyes, which Rebecca had done about four years ago. While it took a month to fully heal (and aspects of it are still healing and adjusting), it has been a life changer. Having worn glasses since I was twelve, it is hard to impart how incredible it is to have at least 20/20 vision and to be free to run around without glasses. To any of my glasses wearing friends, I cannot recommend the procedure highly enough if you qualify. It is easily the best money I’ve spent in years for the most return. As it turns out, I’m only a couple of years away from needing reading glasses, which this doesn’t help, but in all other respects, I have perfect vision now. (I also had new portraiture work done by a photographer friend, to commemorate having no glases anymore and thus changing my appearance.) 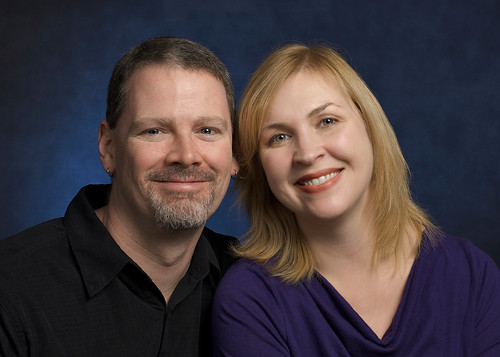 In summary (for the “too long, didn’t read” crowd), I have a new job at Mozilla, am still running a hackerspace, and have a new ordained name. I’m also running retreats open to anyone in the Bay Area, teaching in a Buddhist seminary, and lifting a lot of heavy things often. I must say that turning 40 has been a lot better, a lot more even, than turning 30 was by any estimation. This last year has been good overall and I hope that this coming year is even better.