Buddhism is more than the Buddha 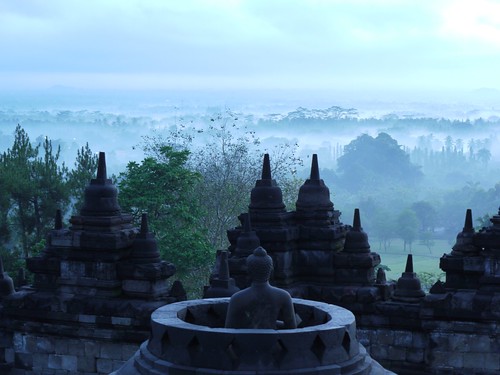 If there was ever a poster child example of why I am not a Theravadan Buddhist (nor a conservative one in general), this post by Noah Yuttadhammo is it. I want to preface everything else here with a note that I quite respect Ven. Yuttadhammo, his convictions as a person, and what he’s been accomplishing these last few years. This is not an attack on him.

The post in question is “The Argument For Allowing Bhikkhus To Ordain Bhikkhunis” and it, obviously, focuses on the arguments for allowing Vinaya holding monks to ordain Vinaya holding nuns within the Theravadan tradition. (Actually, interestingly, other than the vague allusion to whever Bhikkhunis have been getting ordained currently, it doesn’t even really mention that there is a non-Theravadan tradition…) The post is a kind of blow by blow of textual analaysis and interpretation of whether the Buddha’s words in the Pali Canon can be used to justify the ordaining of nuns by monks in current times when the nun lineage in Theravada has died out in the same way for which the Buddha initially allowed, before it was superceded by later methods. It is all very technical, focusing on the meaning of Pali words and contexts.

It is also, in my opinion, completely beside the point. This whole thing gives me flashback images of late medieval Christian monks arguing whether Christ actually owned his own clothes or not and similar doctrinal silliness. This is the kind of arguing that had Christians fighting wars at one point. The real question is “What difference does it make?” Now, Theravada is, pretty much by definition, a conservative tradition. It is the tradition of the Elders (self-proclaimed) after all. In contrast, I’m a Zen priest in an American lineage derived from a Korean Seon monk who left Korea and started a new organization with its own methods and structure (though derived from Korean Seon). I’m a married householder priest holding the Bodhisattva precepts, not a Vinaya holding celibate monk. I think that, other than us both being Americans, Ven. Yuttadhammo and I are prety much at the opposite ends of the Buddhist spectrum. As a Zen practitioner, I care about one thing, awakening. Well, like the Monty Python Spanish inquisition, I care about two things (“How can I help you?”) or maybe even three or four. At the end of it all, it comes down to realizing awakening (or enlightenment) and doing my best to help others do this and lead lives that minimize suffering and promote compassion as well. In none of that, will you see “Argue the fine details of meaning of words attributed to the Buddha in a 2,300 year old text written down from oral memory hundreds of years after he died.” At the end of the day, that’s sophistry in my opinion.

The Buddha was the first one to promulgate the Buddhadharma, apocyphal stories aside. He was the first of us humans to realize supreme awakening. He wasn’t the only one though. Even the Theravadan tradition recognizes arhats (and we could get into more hair splitting on the difference between an arhat and a buddha or bodhisattva). While the Buddha’s words, such as we have and can trust them, are foundational, they do not circumscribe the entirety of the process of awakening for all people in all times and places. We are not necessarily limited to “The Buddha said this is how we do this and that’s the way it has to be.” That’s an ossified and dead tradition, not a vibrant and living one. When your tradition forgets the point of this entire exercise (see the Four Noble Truths) and becomes a bunch of lawyers arguing about the exact meaning of one word in the Pali Canon in order to debate whether you can ordain women or not, you’ve missed the point of it all.

Now, I’m sure Ven. Yuttadhammo would make an argument for continuity of tradition and the sangha and say that if people aren’t concerned (and haven’t been concerned) about such things, the sangha cannot survive and the Buddhadharma will disappear. I would find such an argument to be a form of sophistry though. If the sangha concerns itself with these things and maintaining itself as an institution to the detriment of its supposed primary goal, helping people realize liberation, it is a dead thing and should be allowed to pass from this Earth.

This also leaves aside the fact that other ways of organizing sanghas have developed, and I don’t just mean in America in the last century. There has been non-Vinaya focused ordination for 1,000 years in Japan and attempts to reform an only Vinaya holding clergy have happened there periodically and have failed to last. Similar developments happened in Korea (and not simply as part of Japanese occupation) and in Tibet, where there is a longstanding tradition of non-monastic, married lamas. Just because the Buddha found it inappropriate in his time and place (India, over 2500 years ago) doesn’t mean that it is forever inappropriate or necessarily a degeneration of the Dharma. We are allowed to innovate if it furthers the overall goals of the Buddhadharma, which is awakening and nothing else (not institutional continuance).

In fact, if we take it as a given that others have achieved enlightenment since the time of the Buddha, we should look to these men and women for guidance as much as we look to the Buddha. This is why I find the Mahayana Sutras and even some Tantras to be completely appropriate for guidance. Were the written by the Buddha? Almost certainly not. Were they written by people who had realized awakening? For some of these texts, almost certainly. I don’t need to think that the Buddha personally wrote the Diamond Sutra or the Heart Sutra in order to see the gleaming of liberation shining forth from them. I can look to the writings of one of the fountainheads of my own tradition, Chinul, and see both wisdom and the methods for realizing this wisdom. The process of realization is an ongoing process and new bodhisattvas and buddhas constantly appear in the world. We are not frozen in time, only able to reflect on the words of one man from thousands of years ago.

To return to the original disagreement that spawned Ven. Yuttadhammo’s debate with his fellow monk, if there is a need to ordain nuns, ordain nuns. You don’t need to be a legal scholar to see the need (which he clearly does) nor to justify it. See it as an act of compassion and wisdom, addressing the needs of these women and the wider world of humanity and ordain them. Others have already been doing so, both within the Theravadan tradition and elsewhere. The world has not shattered for allowing women to become monastics. If it serves the cause of liberation, look for guidance in that.