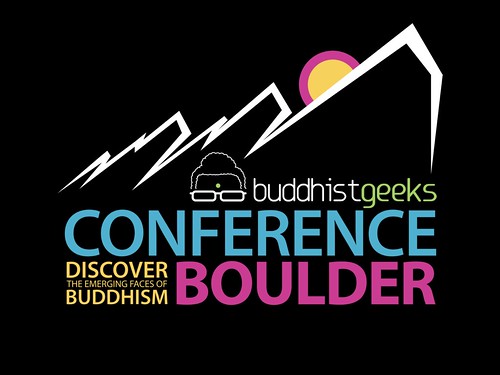 Tomorrow I am flying to Denver and going from there to Boulder, San Francisco of the Rockies, in order to attend the Buddhist Geeks 2012 conference. Last year, I attended the first Buddhist Geeks conference in Rosemead, California, just outside of Los Angeles (see here and here). I had an excellent time meeting a number of people that I only really knew online and reconnecting to a few others that I had encountered at various points. 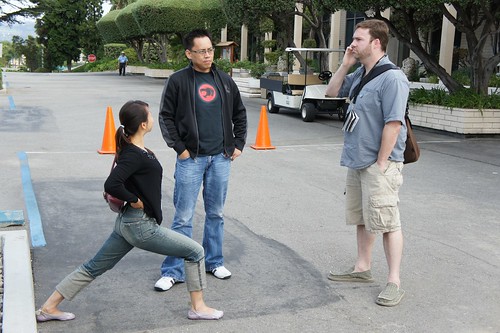 This year marks a big change in venue, moving halfway across the country. Buddhist Geeks, as a podcast, originally started in Boulder and some of the organizers have been associated with Naropa University there, so it makes sense to do it locally to them. I will say that it is nowhere near as convenient to go to Boulder, which requires a flight to Denver and then an hour shuttle ride, as it is to go to Los Angeles but then I’m biased because I do live in Northern California.

This year they have some very interesting keynote speakers lined up, as well as interesting sessions. You can see the schedule if you’re interested in knowing more. I’m especially interested in D.I.Y. Buddhism: What’s New Now?, which is a roundtable with Ken McLeod, Stephen Batchelor, Kelly Sosan Bearer, and Hokai Sobol as well as Creativity Without Grasping with Martine Batchelor. It is interesting that we have a mix of business and tech people, such as the Kiva.org CEO, as well as Buddhist authors and teachers.

For those that wish they could go but cannot, Buddhist Geeks will also be doing free streaming video of the sessions. You just need to sign up and you can watch them conveniently at home in real time with the events.

I was originally going with my primary teacher but circumstances did not allow him to come after all. Instead, one of my oldest friends will be going with me (since I had to do something with that ticket!), which I expect will be especially interesting for her as a Buddhist and seeker of some many years who didn’t go last year.

I will be taking notes when possible and also a few snapshots, so you should expect to see more here on the blog on Friday and Saturday as things progress (or Sunday…). Following the conference, I’m actually directly going on a work trip to London to meet up with the Mozilla Security Assurance team so this will be a fairly big trip overall. Interestingly, the one other fellow on my team with the same job title (Security Program Manager) as me is also a Zen practitioner of some years. I expect we’ll be discussing the Buddhist Geeks conference a bit.