A New and Quicker Format 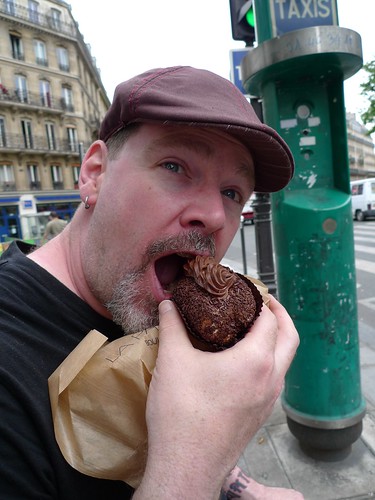 Biting off more than I can chew...

Well, it is true. I have reflected on this the last few years and compared it to the first few years I was blogging (well, up until late 2008, really), and I realize that most of the energy that I put into it really has been subsumed by things like twitter and other forms of online interaction. If you have only so many words in a week that you want to type and you work for a tech company where most of your interaction with people is through text in bugs, online chat, and so forth, it really is more trouble to write.

I have recently been inspired by my friend, Jonathan, and his blog. Jonathan doesn’t do a lot of long form posts, what I once considered the main justification for blogging, but he managing to post some of a medium form length at least a couple of times a week on average. That seems to be a good ballpark these days. That is kind of the tumblrification of blogging. Short, one page, posts that are too long for twitter or the like. Like Jonathan, I prefer to own my own content and host it in a place under my control (not tumblr), so I will continue to host it here (and on makehacklearn or Pagan Dharma).

I serve this blog via Github Pages and I’m using prose.io now to try to do quick and simple writing. I’m going to try to commit myself to posting at least two things a week here, even if they are short bits. We’ll see how I do. I still have a couple of book reviews to get up as well.